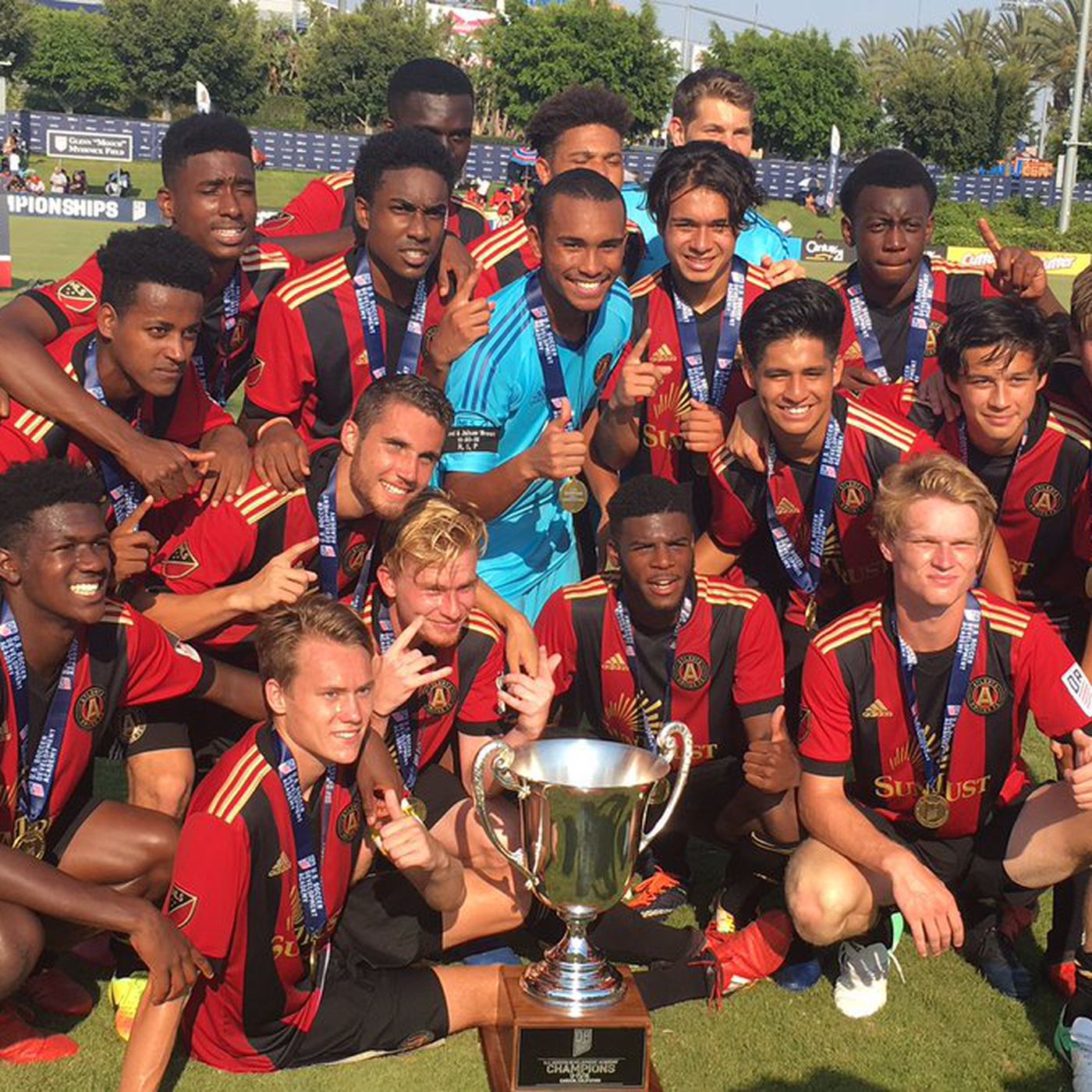 In the midst of the quarantine, let's take a quick glance at our academy players who have committed to be the next class of graduates leaving to play NCAA Division 1 Soccer.

The top 3 recruits from Georgia all have Atlanta United connections. Both George Bello and Jackson Conway have signed professional deals with the club and seem to have bright futures ahead of them. The third player, Josiah Blanton, began his academy career with the Atlanta United U-14s in the 2016-2017 season before finding his current home with Concorde Fire. The talented defender from Roswell has committed to James Madison University in the Colonial Athletic Association. There he will be facing his former teammate, Josh Francombe, who will be suiting up for Elon.

Though the overall output of the academy hasn't been where some might hope it would be, the team has produced quite professional from its youth ranks and aims to produce dozens more as our first collegiate wave head into their senior campaigns. We'll explore that group at a later date, but today, let's see who may be taking their first steps into a new athletic world this fall. 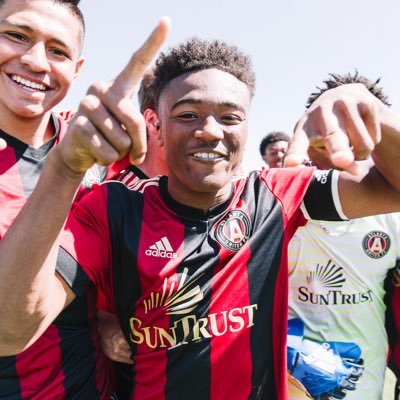 Brandon has been with the club since the beginning. The Douglasville native first featured for the club with the U-14s for the 2016-2017 season and has played mostly as a forward in the academy. In 2019, he made his first appearance for Atlanta United 2 in the USL and ended up playing in 4 matches throughout the season. Clagette featured up and down the right side playing two matches at RB, one at RM, and one at RW. The team seems to see some real talent in him as a right-sided player and wanted to find a good fit for him in a professional setting. Next season, if he doesn't sign a professional contract in the USL, Clagette will be joining fellow academy alum Bryce Washington with the University of Pittsburgh. Washington will be entering his senior season so Clagette will have an established upperclassman to help him adjust. 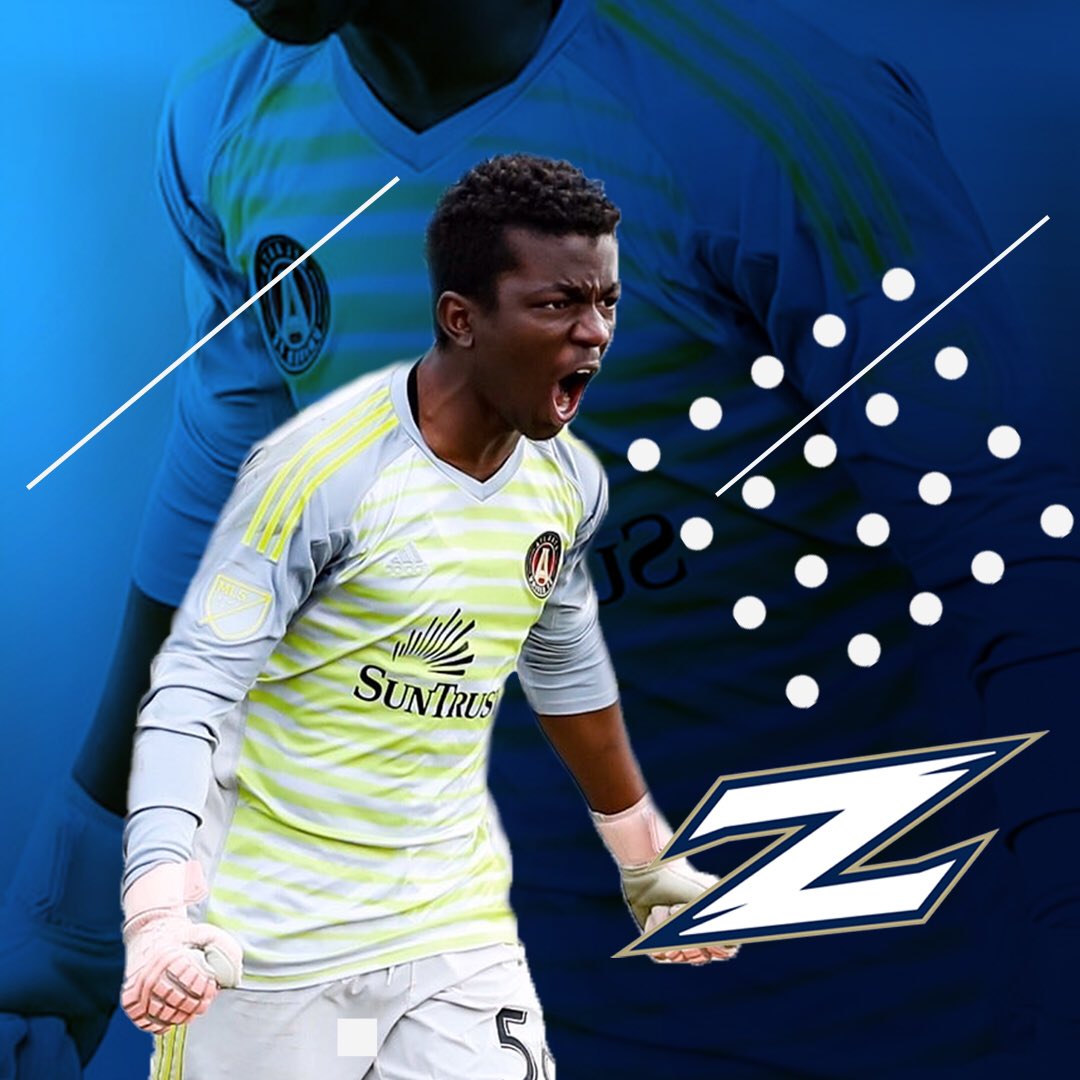 Josue will be joining Natnael McDonald with the Akron Zips. Akron had one of its worst seasons ever last year so expect him to try to work his way into the goalkeeper rotation early and often.

Josue Hangi is a big and sure-handed goalkeeper for the U-17s. Even though he is the youngest player on this list, born in 2003, he is still making the big jump from Stone Mountain, Georgia to one of the most historic collegiate soccer programs in the nation. Josue is also eligible to play for the Democratic Republic of the Congo so best of luck to the young man. 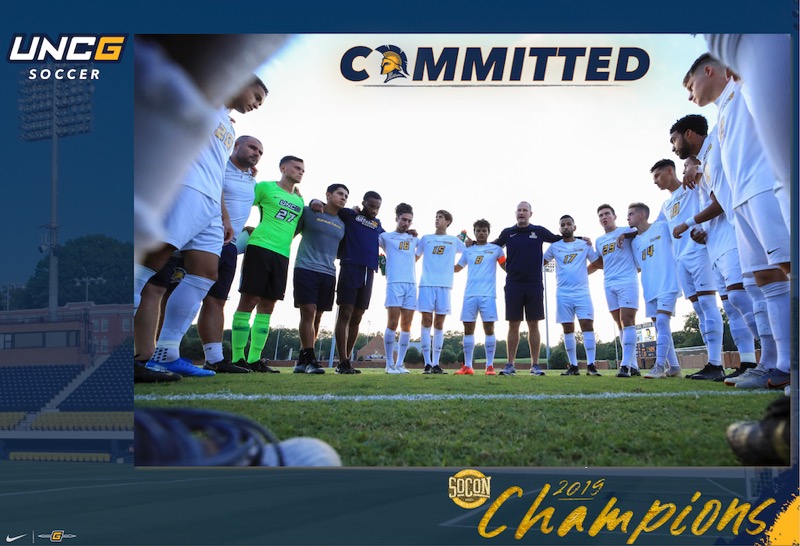 Danny is truly OG Atlanta United. Starting with Georgia United's U-13s in 2015, Danny followed Tony Annan to the AU Academy in 2016 and has played every age level up to the U-19s. He is an attack-minded midfielder who takes it to the opposition. He will be joining the Southern Conference Champions at UNC Greensboro next year and will attempt to continue building his repertoire. Danny has some international pedigree, even traveling with Atlanta Homegrown, George Bello, to the USMNT U-17s Nike International Friendlies camp in 2017. 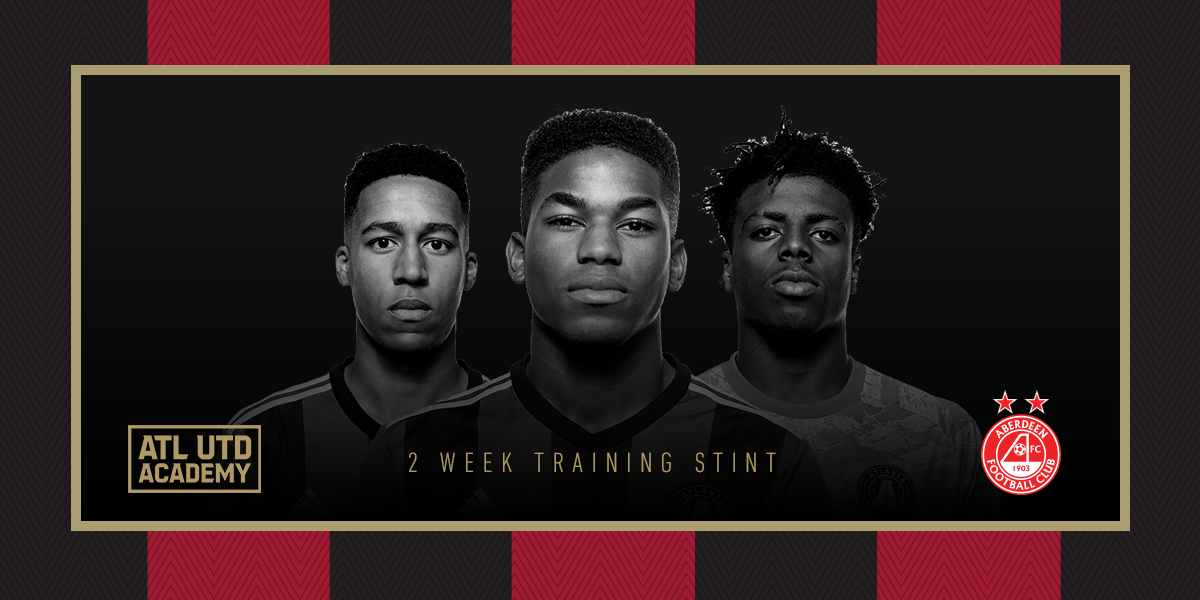 Featured at the center of this image, Jordan was one of the three prospects who recently got to go on a two-week training stint with our development partner Aberdeen FC. The official club site did a nice write-up on him so let's use their words:

Matthews, a 17-year-old left back, joined Atlanta United Academy ahead of the 2017-18 season. This year, Matthews has made nine appearances with seven starts for the U-19s. He made 26 appearances with 19 starts, including three goals, for the U17s during the 2018-19 season. He also made two appearances and one start for ATL UTD 2 during the 2019 USL season, making his debut against Charlotte Independence on July 24. Matthews is committed to the University of South Carolina.

Jordan is one of the many players who could benefit from any training or matches that may occur in the USL season later this summer after coronavirus-related season delays have ended. Don't be surprised if he signs a professional contract rather than going to South Carolina. 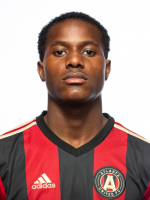 Tavon is a new arrival with Atlanta United, having spend most of his development with Weston FC in Florida. He has played mostly in the midfield for Atlanta United, and that's honestly about as much as I know about the player. Best of luck to him in his return to Florida with Florida International University. 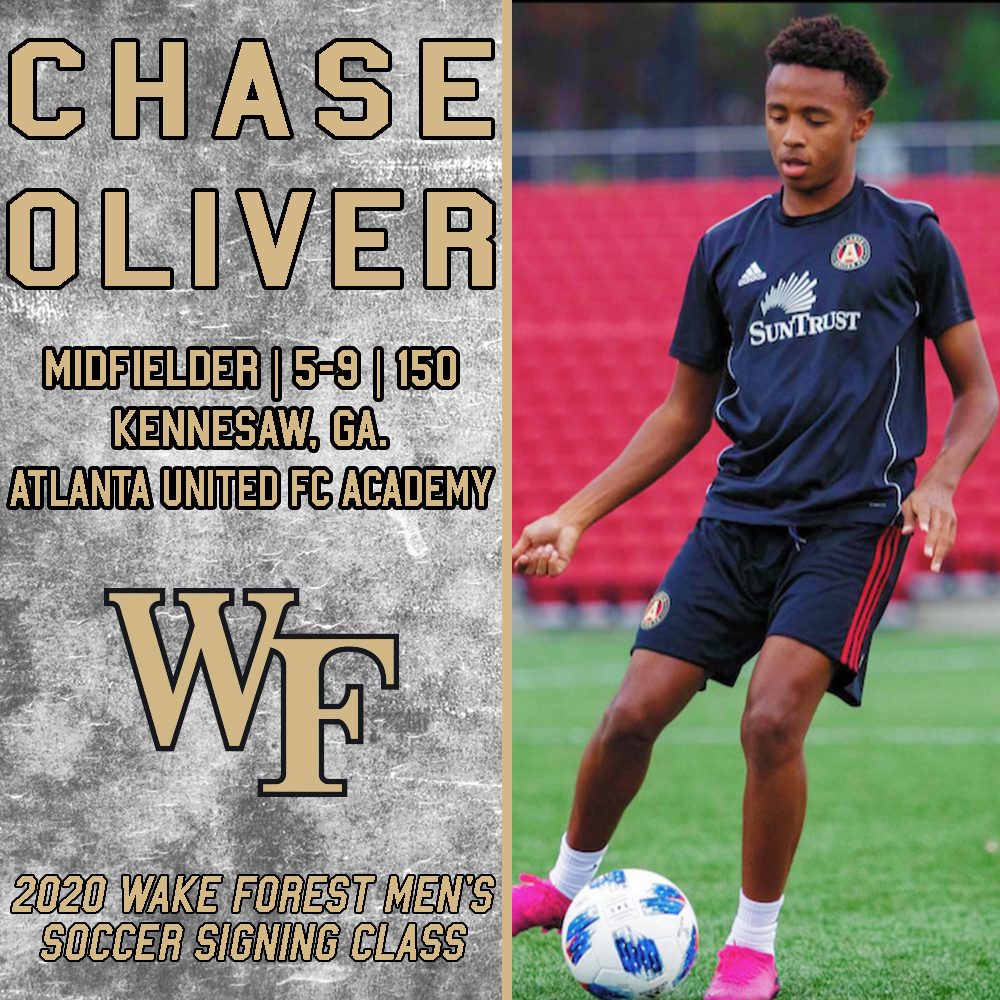 Chase Oliver has split his time between the Atlanta United academy and the Concorde Fire academy, beginning with the AU U-14's and representing both Atlanta-area clubs for his age 15-19 levels. He was among the first players signed to the academy, coming from the Southern Soccer Association. He nearly cracked the Top 100 prospects in the nation for this class and was named to the Best IX in his team's national runners up performance last year. He will be joining fellow Atlanta United alums Machop Chol, Omar Hernandez, Takuma Suzuki, and fellow U-18/19 player Garrison Tubbs at ACC powerhouse Wake Forest University in the fall with plenty of chances to hoist more trophies with this perennial NCAA tournament attendee. 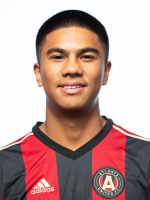 Miguel has taken a roundabout way of getting to Atlanta United. He began his academy development with Tony Annan's Georgia United U-14's in 2016. Rather than moving to Atlanta United like many of his teammates, Miguel moved on eventually to the Concorde Fire where he led the 2018 Concorde Fire U-17's to the USSDA finals with a 22-goal campaign. So far in his only season with Atlanta United, he has impressed with 4 goals in 8 appearances, included a hat trick in his debut against North Carolina FC. He will be yet another Atlanta United player heading to the ACC. 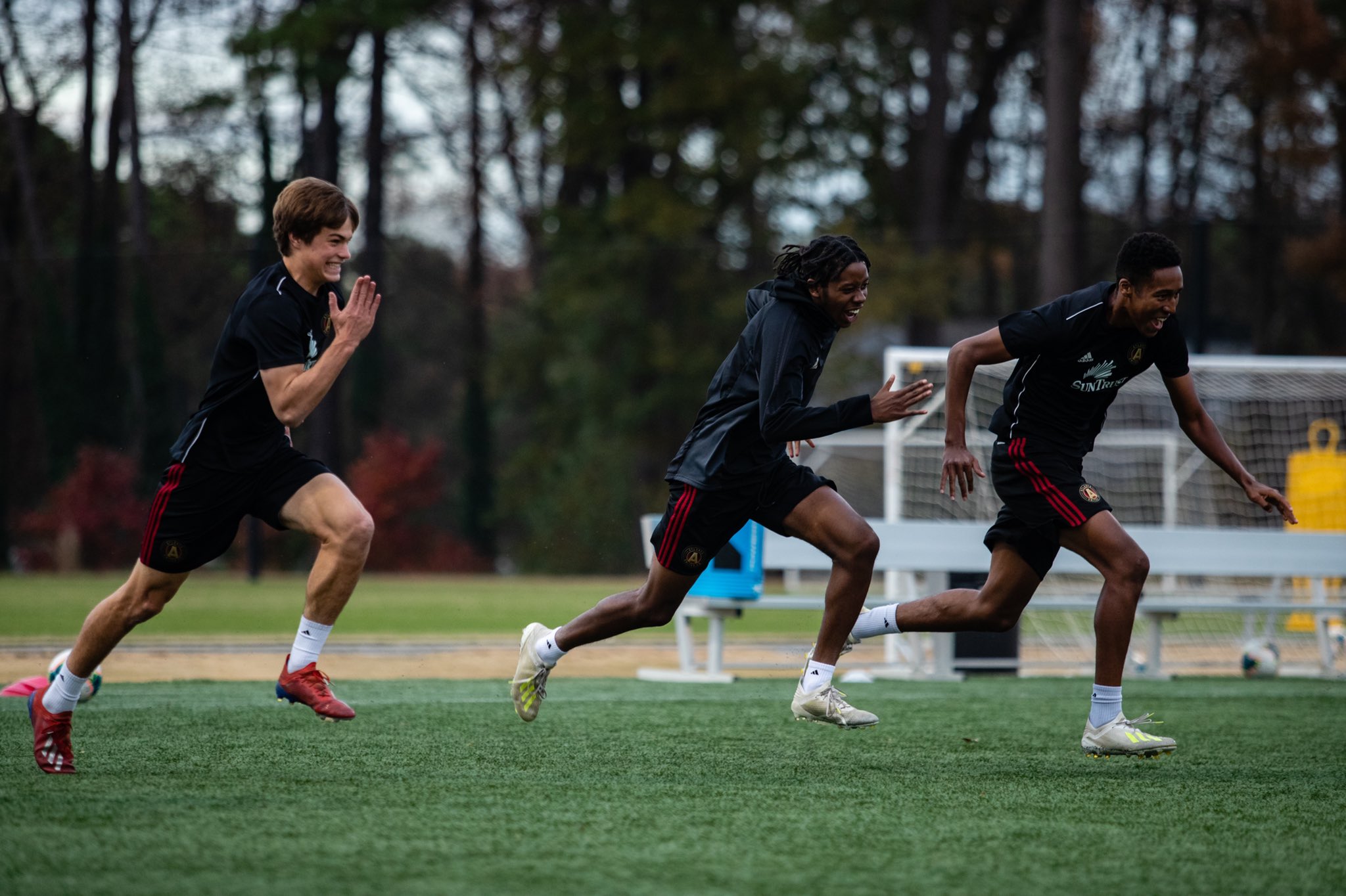 Anthony is yet another Atlanta United lifer. This young defender features for both his club and his high school at Lambert High in Duluth. He is a lanky and fast defender (pictured centrally) and will need to build up some strength and technique to become a regular at Cornell. He has loads of athleticism but is behind some talented teammates in Atlanta. He will be heading to the Ivy League to join other Atlanta United alums at Princeton and Brown. 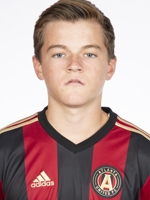 Remi is one of the older players on this list, born in 2001. He is a quick midfielder who has regularly featured for Annan's sides since he was a U-13 player with Georgia United in 2015. Remi will be joining two teammates with the Akron Zips where he will trip to inject some danger into their attacking midfield to potentially revived an historic collegiate club currently in a slump. 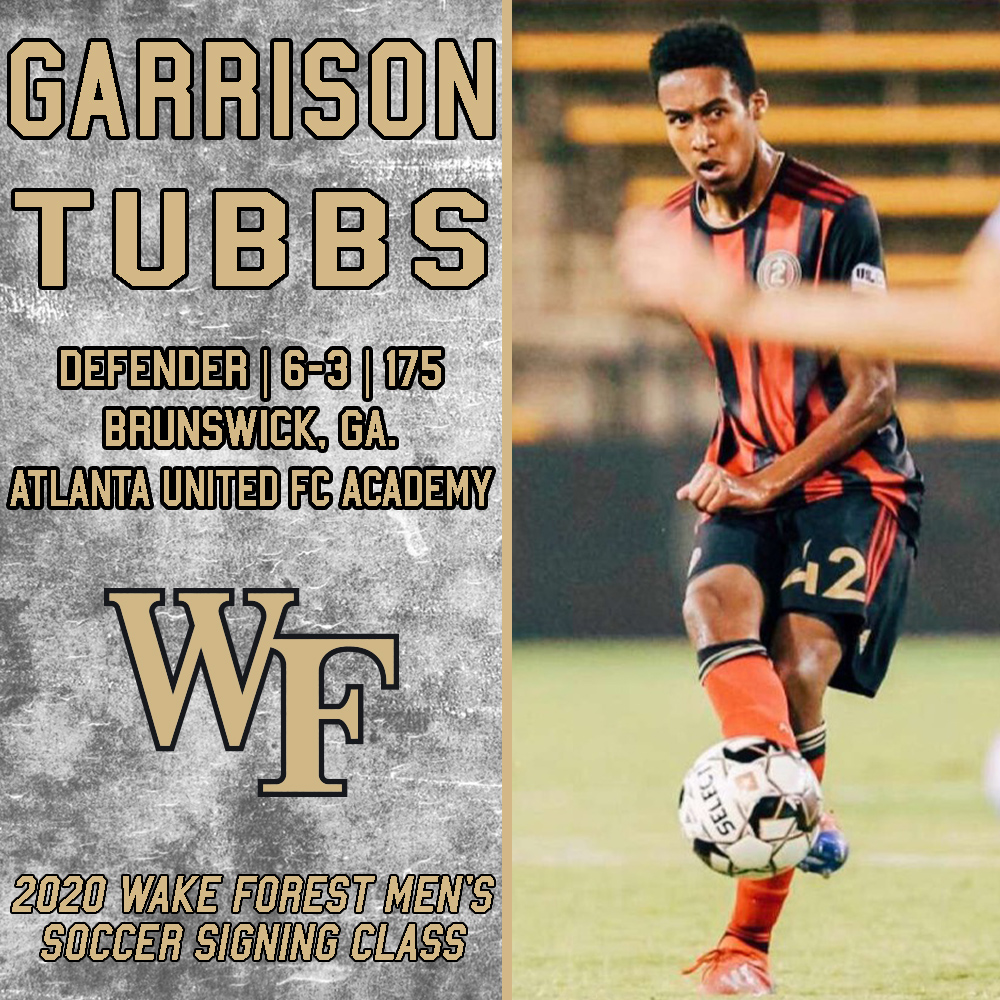 Tubbs is potentially the most talented player on this list. This solid centerback regularly features for the the 2's in the USL as a staple of their backline. Like Matthews, he too has a write-up as part of the trio who trained at Aberdeen this year.

Tubbs, a 17-year-old center back, joined the Atlanta United Academy ahead of the 2018-19 season. He made his USL debut with ATL UTD 2 on July 27 against North Carolina FC and made his first start against Hartford Athletic a month later on Aug. 24. Overall, he made six appearances and four starts for ATL UTD 2 during the 2019 season. This year with the U19s, he’s played and started nine matches. He made 24 appearances and 21 starts for the U17s during the 2018-19 season. Tubbs is committed to Wake Forest University.

He is good enough to earn a professional contract so we will see if he indeed signs as a Homegrown or a USL contract, or if he unexpectedly leaves like Kendall Edwards to play against powerhouse college programs in the ACC. Wake Forest is one such program. There, he will be joining fellow Atlanta United alums Machop Chol, Omar Hernandez, Takuma Suzuki, and Chase Oliver.

Of this list, Reilly (M) and Puckerin (GK) are the most likely to go pro in the near-term. Reilly really impressed in training with the first team in the preseason and Puckerin was the third of the trio of players sent to train with Aberdeen. It would not be surprising for Reilly to be the next Homegrown player signed by Atlanta United.

And that's our list. It will be updated as news comes in about our undeclared players. While it is unlikely that many of these players will go the route of George Campbell and sign a Homegrown contract after committing to a school, it is still likely. Watch Garrison Tubbs for that.

Coleman Gannon will return for at least one more season, but has already committed to the University of Indiana for the 2021. The other 2002s who may return for one more season are Ajani Fortune, Grant Howard, Josh Kenworthy, Diego Lopez, Eric Ortiz, and Marzuq Puckerin. Will Reilly would be on that list but I think it is highly likely that he, Josh Wolff, and Vincente Reyes from the U-17s sign deals similar to that of either Jackson Conway with the 2's or Homegrown deals.