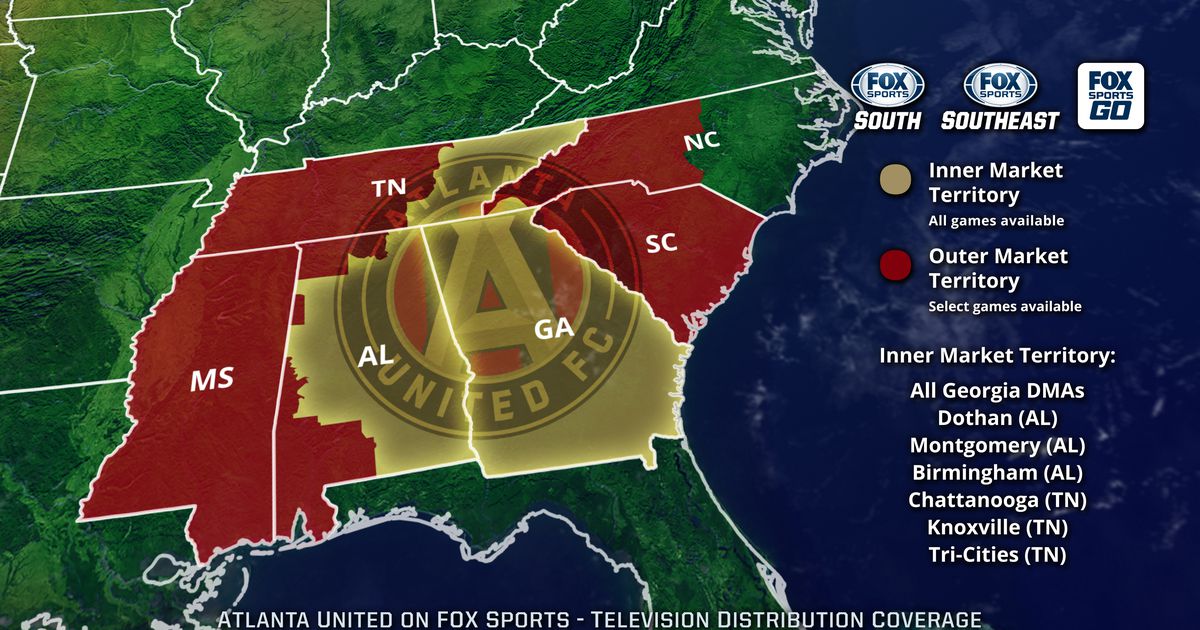 With the first game of the year being on UNIMAS, I didn't encounter the new TV contract until this weekend. I have no idea if this still a valid map for Bally Sports, but in the old Fox map, I was considered Inner Market Territory living in Birmingham. I had zero issues, saw every game that wasn't nationally televised without hiccups.

I have cable as part of my rent and get the two regional Bally Sports channels so I (wrongfully) assumed I was good to go. I turned on Bally Sports South on Saturday and the Pelicans were playing the Spurs. I thought DSS might've just made a mistake on the their listing and when I switched over to Bally Sports Southeast, they were showing an ice climbing documentary (presumably because the Braves game was rained out.) When I didn't have the game on either channel, I assumed the new deal now had me as Outer Market Territory so I went over to my ESPN+ subscription but couldn't watch in English as I was deemed "in market" by that app.

I was able to watch the game in Spanish, which I don't mind, but the Spanish language broadcast was pathetic. There was no ambient stadium sound. Just two dudes talking over a completely silent picture. What sound did come through was the faint traces of the English commentators. It was a joke basically, but better than nothing of course.

I haven't been able to find a similar map for Bally. As I tweeted about this issue throughout the game, friends in different parts of the south were getting different games locally. Whereas I got an NBA game, someone else was getting a hockey game on the same channel in a different market. I didn't realize that was a thing on a regional network. I know this is a hot topic and I'm sorry to add another post to the myriad that exist already, but most were several weeks old at this point, so I was going to see if others experienced similar occurrences.