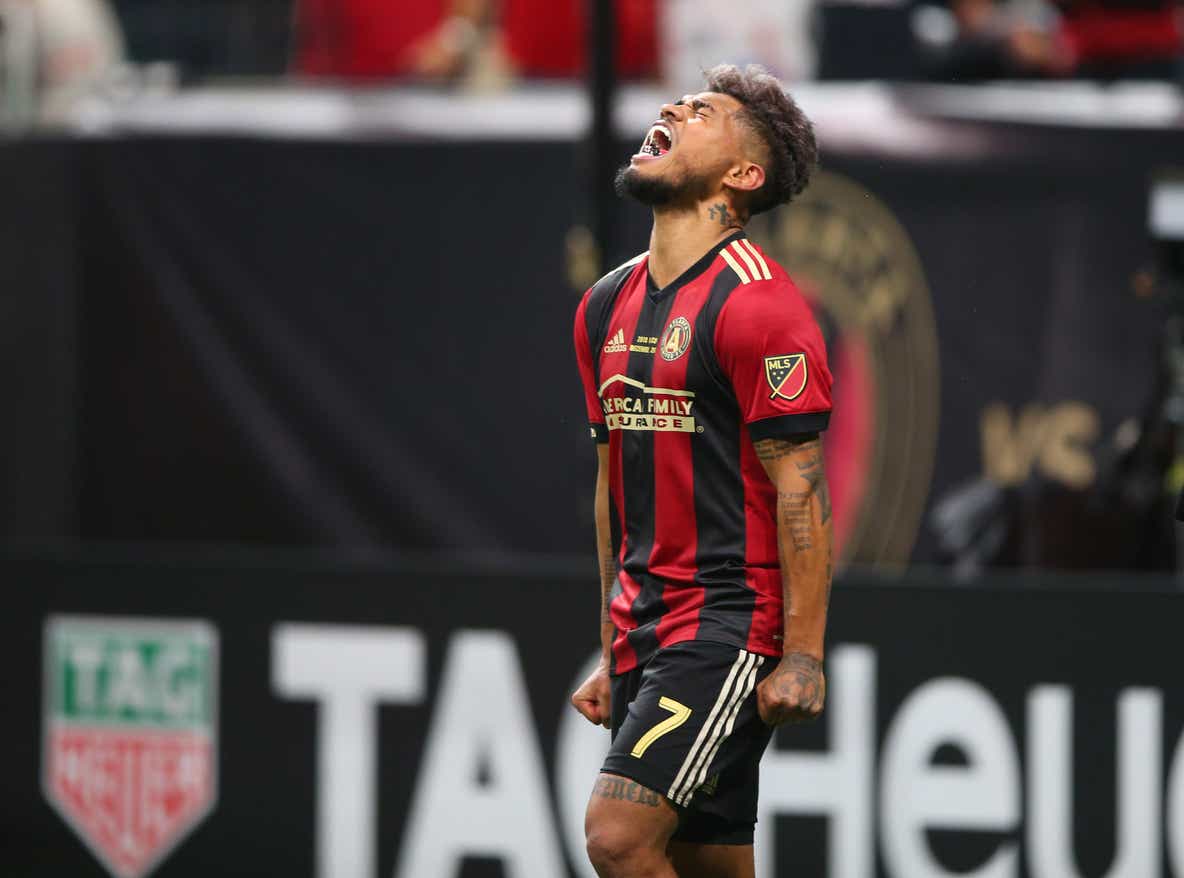 There are few things that parallel what it's felt like being an Atlanta United supporter.

Often times I reminisce about experiences that this club has brought me, and how often then have brought it. I'll never forget moments like the pre-game "war zone" that was The Gulch before the 2018 MLS Championship - a night filled with red spoke, rain and dangerously hyped Atliens. I'll also never forget touring the Mercedes-Benz Stadium for the first time, in what felt like an exclusive VIP tour for a millionaire. And who could forget the first time you received your season tickets in the mail - opening the box to reveal the Atlanta United flag, season ticket card and golden spike inscribed with the legendary 2017 and "United and Conquer". All of these moments are branded in my memory forever as Atlanta United has been so incredibly special to me as a fan of the sport and the city A.

But what strikes me most in those memories are the priceless memories and moments that made my fandom grow to new heights. When I completed that tour of the MBS, I had the unbelievable opportunity to meet you, our rumored new King of the South. My buddy and I snapped a selfie with you after he marked your signature on my first ever Atlanta United home kit. I then wore that same kit to the 2018 MLS Championship, where rain and red smoke seeped into the threads at that same pre-game Gulch experience. That same kit's badge was in squeezed in my hands as I exploded with energy amongst my mates in the section behind where you put away our first goal in that finals. I still get so much joy thinking of those moments. A CHAMPIONSHIP for Atlanta, thanks to our beloved club. 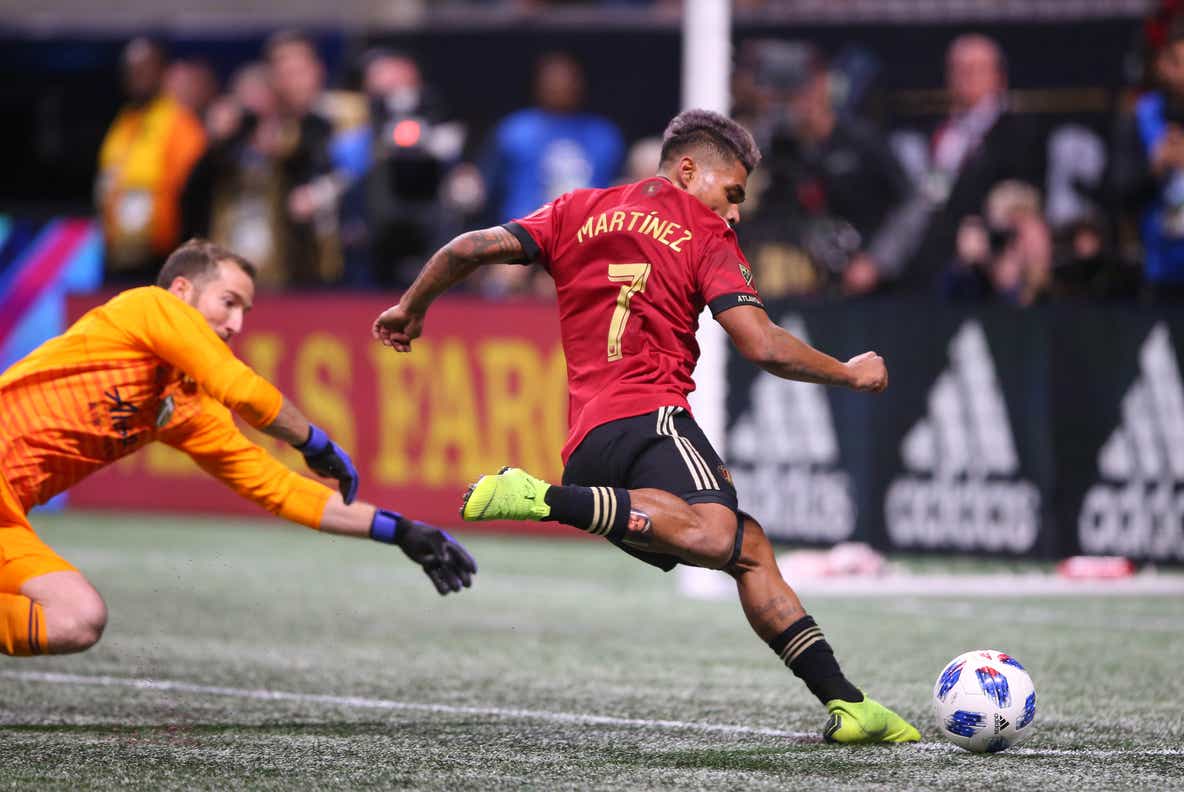 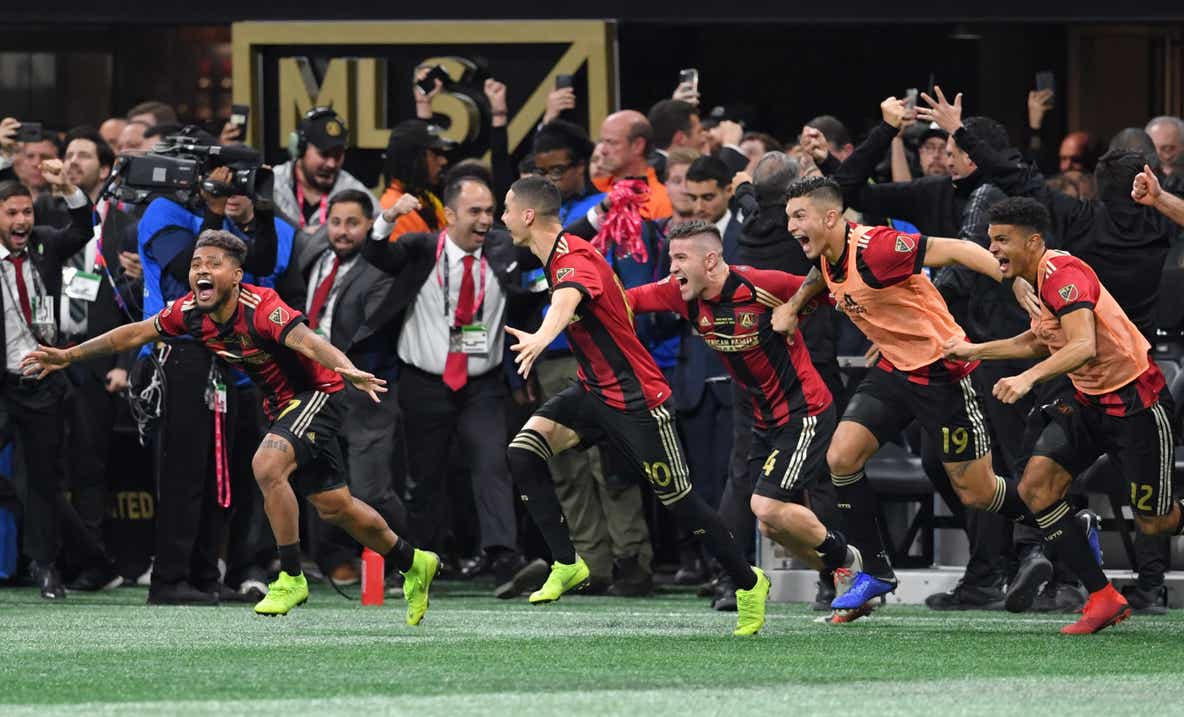 Now, over 4 years later, I sit conflicted with an utmost respect and admiration of our club, and a slight disbelief of what has transpired. For much of the last 5 years since our inauguration, there have been many ups and downs. Our club has appeared in multiple finals and playoffs, bringing home new trophies and accolades. Club legends like Miggy, Gressel, Parkhust, and Larentowicz put it all on the field for us, and have now moved on, making way for newer, fresher faces. Record crowd attendances and a star pressed on to our kit. Marching to the stadium, sitting in the supporters section being showered by beer, and going absolutely ballistic when the 5 stripes net a goal (*queue the train horn*).

It has been a joy being a supporter of this club and it has also been a challenge.

"Why are we letting that player go?" "Why did we hire that guy as our coach?" "What is this lineup?" "Who is this transfer?" "Why isn't the damn roof open?" "Why in the world does our kit have more than 5 stripes on it?" (subtle LOL rants there at the end)

Out of all of these questions, decisions, and challenges, I've rested my laurels on the fact that we have a club that has inevitably done many things right. They have built a culture around the "A" and it's supporters. They have branded our club through the routes of what the Dirty South has to offer. They have invested in talent and made risky moves for proper players that other clubs do not do. They helped unite us as a club with the mentality that we truly are the Kings of the South, and often times Kings of the MLS. They put together winning lineups, game plans and coaching staff. They have created a better community around soccer in Atlanta and hosted countless fan experiences. They built traditions around the golden spike, train horn, and rowdy crowd. They have ultimately united a city Atlanta and helped us conquer almost any opponent. This club has done so many things right, often things that we don't even realize.

So it breaks my heart when a player so dear to the success of our club, and core mission to unite & conquer, hears an inner voice to potentially leave what we've built.

Out of all of the headlines and challenges of being a supporter of Atlanta United, this one hurts the most: "Josef Martinez on his way out?"

The reality is, Josef, you are as much of our core identity as we supporters are. You were there for all of those memories. All of those kits that my family purchased often showcase your name on the back. Those winning moments and angry emojis have everything to do with you. Who can forget those Dragonball-Z poses with Miggy or the times you jumped on the fire box to celebrate and almost torched your hair. Or the incredible outdoor atmosphere during our first games at Georgia Tech. What about those pictures with you and your Michael Jordan-like collection of trophies.

Still to this day, you are Atlanta as much as we are. Without you stepping onto the pitch with the Atlanta United crest and star on your chest, a part of us will honestly die. The reality is, though, legends never die. It's a drastic statement to make, but 100 years from now, when only stories remain of these foundational years, Josef, your name will remain. Josef Martinez, Atlanta United Legend.

When that final day comes when you retire or decide to depart from Atlanta United, you will have our support. We will still believe in you and root you on no matter what you do.

But I also want you to know that we hear you now, and WE READY.

When you said, "if you don't come here for 100%, you don't have to choose this club" we also agree and as supporters we believe in that same mission. We're 100% behind you and the future of the club.

When you talk about this being a strange year, we feel it, too. The reality is the last few years have been strange for many reasons. But when expectations are high for a club, anything short of success is strange and can create panic or uneasiness. We don't just claim to be Kings of the South because we can say it, we truly believe it. Anything less than that success as a club makes us question everything. But look at what happened to the NBA Golden State Warriors this year. The last few years have been littered with injuries and losses and many challenges. But guess who just re-crowned themselves as champions for the 4th time after so much turbulence? GSW. Why can't we do the same thing?

But what stands out most in what you said is: "We have to fight with what we have. We gotta keep moving forward. And the 70,000 people who came here today are with us and we hope to bring the good times back."

I want to help strengthen your thought with the reaffirmation of what ATL is - it's not 70,000 fans, it's millions of supporters, new to the sport, personal fan-favorites of yours, old, young, and long time Atliens who desire to make Atlanta the best. This isn't a just a normal sports city, it's a place that has been battered with sports losses on and off the field and court. The NFL loss to the Patriots will forever scar us. The loss of our hockey team. The downfall of Mike Vick. Freddie Freeman stepping away from the Atlanta Braves and realizing that that heartbreak went both ways. The lack of trophies and hardware. The failures in big games. The last second losses. The destruction and reconstruction of stadiums. Our sports story is bruised with so much challenge that the joys that you mention brining isn't just simple joy, it's life-changing history.

You're right, it's life and low points happen. But in the long pursue of happiness in life and sports success, there are also high points and memorable moments that can change everything.

As I look at the same kit you signed over 5 years ago, now aged, some what smelly, and marked with that same faded signature, I stand proud knowing that you were there to help carry us out of the ashes and rise up to become champions. From that championship on, we have felt a difference in the A. We have felt this new culture of possibility. From the Braves winning their first World Series since 1995 to the Georgia Bulldogs winning their first National Championship since 1980, a new culture of winning has been built, much of that because of the culture you brought to the A. You showed us it was possible to wipe off the ash and move forward, rowdy and proud.

We know you love this club and the A - that's undeniable and true - but know that the love isn't lost and that there is more to come. We needed this wakeup call and undoubtedly so did the club leaders.Things have to change, and with the energy you once again ignited under us, things will change. Atlanta will rise.

WE READY to Unite and Conquer behind you.