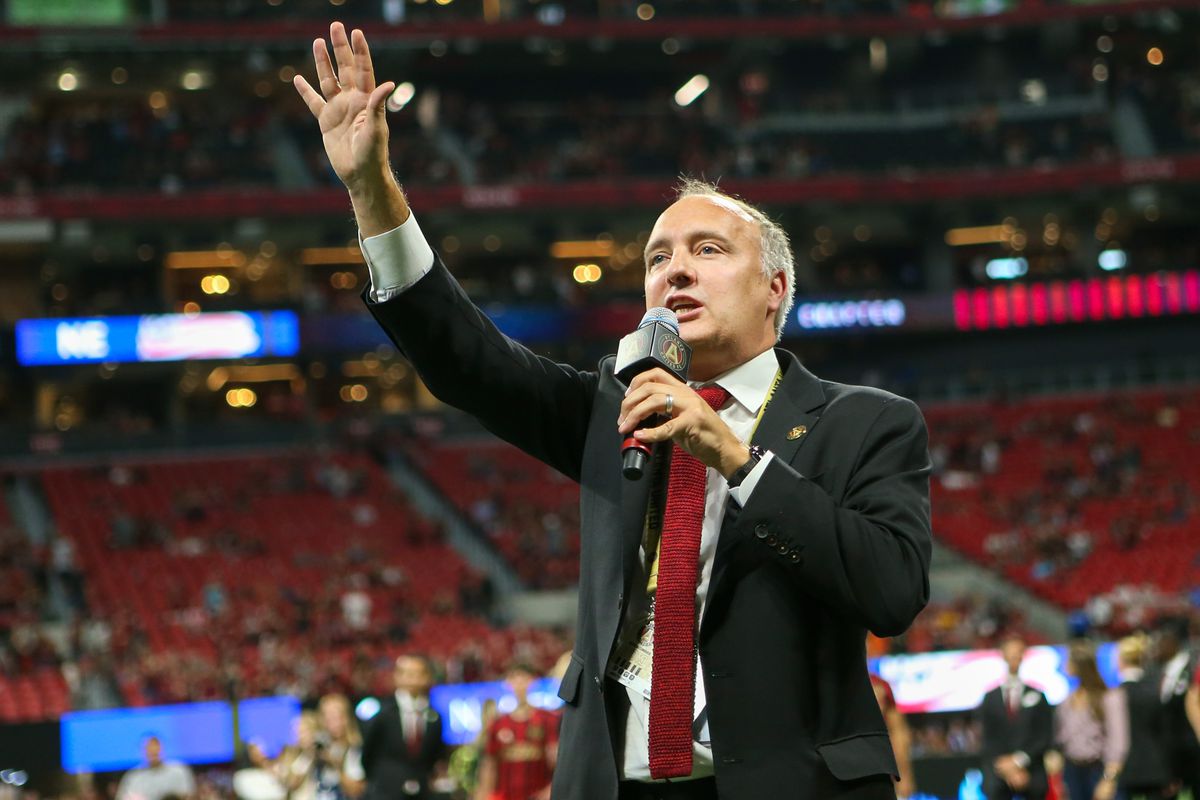 Darren Eales is out.

The last 5 years under the Darren's leadership have been nothing short of a revolution in Atlanta. Not only did he help build a club from the ground up, he's also helped broker moves and develop culture for the fans and the club, which resulted in multiple trophies, including the notorious 2018 MLS Championship. His impact even stretched beyond the club, as he strengthened the soccer community in Atlanta to the point that the culture and infrastructure combined proved worthy of a World Cup host city nomination.

With this shocking move, there are a few quick reactions and questions to ask of the club:

1. Is Carlos Bocanegra out? For the entirety of Atlanta United's inaugural years at the club, Eales and Bocanegra have been shoulder-to-shoulder in building out the club. While some moves by the duo and extended leadership have been praised and celebrated, there have also been many downfalls and blunders as well. In 2020, Carlos Bocanegra even claimed the blame for much of the flux at that point in the clubs history by stating:

"If people want to have criticisms and anger, they can point that toward myself. That's fine. We need to do better."

This statement by Bocanegra may have actually branded his leadership beyond that point. Most of the fan base seems to be onboard with a clean sweep of leadership and a fresh start, questioning whether Bocanegra is going to follow the departure. Whether or not Bocanegra becomes Club President is one question, but will he want to, or even be asked to, even stay at the club? Is Bocanegra also on the way out?

2. Does this impact the future of the Josef era? A few days ago, I released an article practically pleading for Josef to stay in reaction to the fire he ignited under the club about the potential of his own departing. Does this Eales departure impact the future of Josef? Eales has been one of the top supporters of Josef since he was first signed in 2017 as our third designated player. Even after Josef claimed in January of this year that he would want to "die here" this sort of turbulence for a player could go either way, regardless the remarks he made.

Does this help encourage Josef to stay and rebuild, or leave to move to a club with more stable leadership and allow Atlanta to evolve on their own?

Much of Atlanta would be heartbroken to lose our King, but what does Atlanta actually look like with out Josef as the face of the club? This leadership change is a massive move for the club and will undoubtedly impact key players in years to come.

3. Does this close the door on transfers?

Clearly, Josef calling out the club in recent days about what it takes to be a member of this team puts a highlight and emphasis on what happens with the transfer market now. Everyone knows we need to make moves.

Does this move with Eales leaving close the door for any immediate future changes outside of club leadership? Additionally, it's worth asking whether or not anyone would take the jump to joining AUFC with a new or temporary leadership in place as well.

Nonetheless, Atlanta needs help on the defensive front, so a door closing on any moves would be defeating. There still is time to make transfers, but new leadership will have an impact on proper moves for a new defensive, or even team, identity.

All of these are questions that we have to ask, but the reality is we don't know what is going to happen within the transfer market and new leadership could really go either way. I am reminded, though, that the club truly built their identity properly the first go around, so there is a high likelihood that the slight panic is unnecessary.

In recent weeks, we've seen a club takeover at Chelsea Football Club, where a new owner came in and changed the dynamic and future club. The new owner, Todd Boehly, swiftly relinquished major senior office members, including Marina Granovskaia and club legend Petr Cech, both widely admired by the club. He's also stepped in to make major transfers in an effort to alter the course of the club for the better.

The instance at Chelsea is quite different, as it's an ownership transition and a much larger move for a club than a club president, but it does beg the question of what happens to the club after new leadership is brought in. Bocanegra is rumored to be following Eales, but who else could be going now and even after new leadership comes in? Does this also impact the players side of things?

No one really knows what will happen, but it does make you realize that anything can happen after this, including a cleaning of the house.

This move is a club shaking move for the history of Atlanta United as the identify of the front office is about to be completely transformed. While these are all reactive thoughts in the reality of not actually knowing what transpired behind doors for future planning beyond Eales, it's worth discussing in an effort to truly forecast what is in the pipeline for Atlanta.

Knowing Uncle Arthur and the club have always put the fans and club first, one can hope that the clubs future is in safe hands in identifying, if not already known, a plan moving forward. Conclusively, though, we have a proper foundation for success because of Eales and his impact. Any panic or fear of what is ahead for Atlanta beyond this transition is likely unwarranted as the club has a bright future built on the bricks of these foundational years.